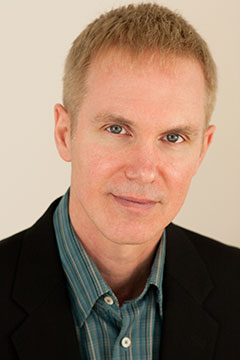 David Vandereyk is a pianist and music educator living in Vancouver, British Columbia. He holds a Master of Music Degree in Piano Performance from the University of British Columbia; his principal teachers were Jane Coop and Robert Silverman. David's interest in physiologically- based and injury-preventive piano technique led him to pursue further studies including the Alexander Technique, the Taubman Approach, and training with Nelly Ben-Or in London, England and Barbara Lister-Sink at Salem College, North Carolina.

A member of the Canadian Music Festival Adjudicators' Association, Mr. Vandereyk has given master classes and adjudicated music festivals across Canada, as well as presenting lectures and workshops on a wide variety of pedagogical subjects. He served as a judge for the Knigge National Piano Competition, The Robert and Ellen Silverman Piano Concerto Competition and MusiQuest, a national competition in India, where he also presented a lecture, "Healthy Approaches to Piano Technique." Recently he was invited to present masterclasses and a workshop on "Productive Practice Tips for Peak Performance" at The Academy of Music, Pune, India.

Mr. Vandereyk has been a Senior Piano Examiner, Royal Conservatory Examinations, since 1992 and has served on the Council of Examiners, which is responsible for establishing assessment standards across Canada and the United States. His students have been the recipients of numerous awards including Royal Conservatory of Music regional and national gold medals and their successes in international competitions have resulted in invitations to perform at historic halls in New York, London, Amsterdam, Rome, Salzburg and Vienna. In addition to maintaining an active private studio in Vancouver, David is a professor in the School of Performing Arts at Capilano University where he teaches piano and music theory. He has served as coordinator of the Music Diploma Program.